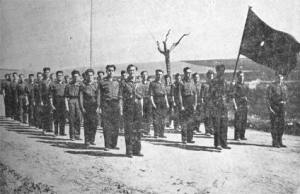 Author: Degtyarov
In what might be his most exhaustive review to date, Degtyarov draws a parallel between the aesthetics of the quebecois band Akitsa and Europe’s grim past. This review is not intended for condescending grandpas and other dumbfucks who are offended at even beholding their own nation’s flag.

Author: Poswicht
After all these years, we finally offer you a review of a Kraut band once more. Written by a Kraut, though…

Author: Degtyarov
Behold, as BIT‘s Drang nach Osten continues. Boundaries will be crossed. Fashion dicks will be insulted. Jimmies will be rustled. How am I writing? Dial 1-800-DUB-BUK.

Author: Poswicht
The debut article by the China fetishist from Kraut Kountry. In a short, but well-structured review, he identifies the cultural connotations of this Chinese effort in the elitist fashion that we demand. Americanised Big Mac munchers can go cry in the fetal position while we culturally educate the rest of the peasants.

Author: Degtyarov
It was never a secret that we need at least three pages to discuss an album. This review of Gauntlet’s Sword‘s sophomore effort explains why: the album contains so many contradictions that even a politician would be disturbed by such inconsistency. While Deg to the Tyarov initially bought the album because of its bizarre cover art, this random purchase did provide some modest entertainment.

Author: Degtyarov
A profound review of this magnificent neofolk album by Halgadom. The musical equivalent of Arno Breker. Or something. In any case, it was about time we made a trip to our neighbours in the East, after the endless meandering about France and Greece. 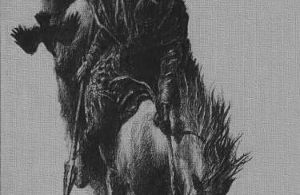 Author: Degtyarov
The first review that was ever published on this website. As a result, it is a bit more primitive than the rest. There aren’t even any pictures in the review! What a disgrace. Fortunately, the album at hand ended up not being that great, so not many people will lose sleep over this.

Author: xDegtyarovx
Hey there, kudos for still reading. And have we got a review for you! It’ll last you a while, trust us. In a long analysis of Kamaedzitca, the project of Eastern European MMA bullies Artsem and Luty, we discover, among other things, how radically a band can change its approach and image, why Alehammer will lose its “war with straight edge“, and which dustbin the life work of Karel Appel should disappear into.

Author: Degtyarov
Kawir is the best Greek black metal band, period. Still, the debut album, Dei Kabeiroi, barely hinted towards this band’s greatness. Because while Ophiolatreia and Isotheos can be ranked among the best black metal albums of the past decade, Dei Kabeiroi was a decent though by no means essential variation of Agatus‘s Dawn of Martyrdom.

Author: Degtyarov
Just like wine that doesn’t come from the ALDI, Kawir becomes better with age. After the magnificent Ophiolatreia, the Greek gods rise to underground prominence even further with Isotheos. Read how banking sharks, stock exchange mafiosi and hedge fund mercenaries cannot crack the Greek spirit. Because thousands of years of civilisation ultimately weigh more than their filthy gold.

Author: MaximusMeyer
The debut article of MaximusMeyer, who does a fine job explaining why it is so radtastic that Nokturnal Mortum pulls a Pink Floyd. I bought the album myself after reading this review, so that certainly says something. (Mainly that I am a newly rich, materialistic cunt).

Auteur: Degtyarov
BIT reviews music from across the ocean. But not USBM because that’s for steers ‘n’ queers.

Author: Degtyarov
Ah, Folkfuck Folie, maybe the most hated Peste Noire album. And for this reason, one of the most brilliant albums. Degtyarov discusses the death of punk and hiphop, subsequently triggering dick rage in fanboys, after which he dictates The Truth™ about this album. 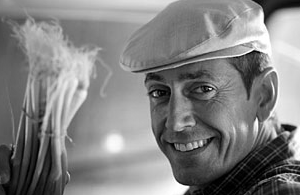 Author: Degtyarov
This might just be the review that defined this website and justified its existence. Profound and academic, yet humoristic and obscene. A review that sparked quite some discussion and ended up being mentioned on Peste Noire’s Wiki page, as well as on the website of Transcendental Creations. It was also a reaction to the uncultivated shit reviews that dominate the internet.

Author: Degtyarov
My good Sir, are you familiar with Peste Noire? It is a group of scoundrelly young fellows crafting metal black, splendidly denoting the Decline of the West. You, good Lord, will see that the latest album of these French scallywags will enfuriate you such that a Caterpillar excavator shall be required to dig all the sand out of your vagina. Tally-ho!

Author: Degtyarov
The second trip to Eastern Europe. There’s plenty more where that came from!

Author: Degtyarov
It is well-known that drummers do not usually write great music. But to every rule, there is an exception. And Sühnopfer is an Exception with a capital E, because drummer (annex (bass) guitarist and vocalist) Ardraos makes a fool out of 95% of the black metal bands with his brilliant riffs, drum patterns and compositions. Behold the miracle. 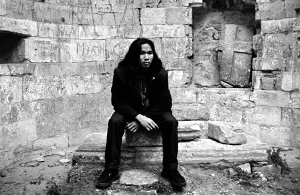 Author: Degtyarov
ITT D-Dogg wails endlessly on about the charming nature of cassette tapes. Basically, it took him nearly 1000 words to say that he likes this demo. #repsekt

Author: Degtyarov
A review of this EP by the Greek percussion and chest hair champion. Zemial is like Bathory with a more competent musician. So it is supertoll if you like first wave ‘n’ stuff.