Traditionally, the EOY segment of Black Ivory Tower serves as my annual shining moment of satire. This year, I’d like to just briefly comment on some of the releases I have listened to. This won’t be a “top 10” as much as I’ll just highlight those releases worth talking about, be it due to their quality or a noteworthy lack thereof. It might not be as magnificently witty as the entries of previous years, but this site is ending, and hopefully so is the world, so all bets are off. 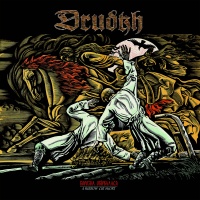 After their golden early years of 2003-2006, Drudkh lost direction. This didn’t stop them from releasing okay-to-good albums quite regularly, but none of them possessed the greatness of, say, Forgotten legends. Their questionable post-rock experiments didn’t inspire much trust either. Their 2015 album – English title A furrow cut short – restores some faith by once again offering dramatic, engaging compositions that perfectly reflect the tragic state of present-day Ukraine. If they manage to cherry-pick their best ideas and bring back some of that much-needed reverb to their production, they’re back on track towards becoming living legends. 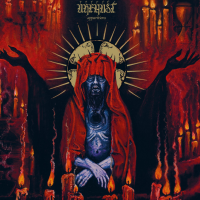 Where some of the other releases featured on this list were EPs branded as albums, this 43-minute “EP” by Urfaust does quite the opposite. Granted, Apparitions is a departure from the band’s main trade of sickly, Brueghel-tainted black metal, so perhaps this ambient release is just too left-field to be considered part of my countrymen’s main canon. Be that as it may, Apparitions – albeit through different stylistic means – channels the same Renaissance morbidity as the black metal side of Urfaust‘s ugly face. Unsettling noises, pseudo-operatic cries and a general sense of hopelessness allow us to once again descend into the intoxicated inferno this band has carved across the years. While the last track’s 22-minute running time is overambitious to the nth degree (with ‘n’ standing here for ‘Nargaroth‘), Apparitions is a welcome sidetrack to Urfaust‘s deliriously paved road to hell.

A typical case of an album with some excellent musicianship and ideas that ultimately falls flat on its face because it’s not sure what it wants to do. The excellent americana intro promises more than it can deliver, as the remainder of the album is mainly spent waggling between the ever-decreasing margin of so-called ‘post-black metal’ and indie rock. Not that genre denominations in themselves are an argument against the validity of this or any release, but in the case of Autumn eternal, the result is a discrepancy between the album’s majestic natural themes and the urbanised, rocky riffs of tracks such as “Sleep to the sound of the waves crashing” and “A superior lament”. To put it in layman’s terms, Autumn eternal steps into the same pitfall as Drudkh‘s Handful of stars. Austin Lunn is without a doubt a great musician (particularly as a drummer), and I’d gladly buy a whole album of music in the spirit of “Taramack’s gold returns” or even the post-rock instrumental outro, provided that such a release is repackaged aesthetically. This album, however, just tries to do so much, and without a strong, central foundation, it ends up falling through the floor long before the 1-hour running time draws to a close. 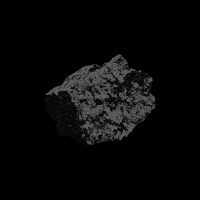 Its January 2015 release date made it tempting to just ignore Setter of unseen snares, so that it may one day be forgotten entirely. Somehow, it still ended up on a few EOY lists, despite it being a failed experimentm, so I have no choice but to set the record straight. With barely 30 minutes of music (half of which are taken up by one particularly overbearing song), this is really an EP in spite of it having been marketed (and priced) as a full-length album. Most of the material here is disorganised hardcore haphazardly covered up with a black metal timbre. The disjointed EP closer “Orphan” harvested quite some praise simply because it is 15 minutes (too) long and taps into the whiney post-rock/shoegaze trend like every other PG13 black metal band trying to scramble a piece of the diabetes-inducing Neige cake. Apparently, all it takes these days to be a reputable black metal artist is subscribing to vogue progressive ideals and writing a mawkish editorial for the weather vanes of Noisey about how depressed you are. 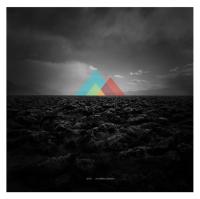 The return of singer Aldrahn to DHG coincides with an attempt to recreate the narcotic weirdness that made their 1999 album 666 International fascinating at the very least. With 5 tracks that, without exception, last between 11 and 15 minutes, there certainly are many moments that remind us of the band’s craziest episode, but A umbra omega hardly ever comes across as crazy or impulsive. As a result, where their style initially seemed psychotically all-over-the-place, it now tends to just be unhinged and directionless. With 67 minutes of music on offer, this disc obviously contains good ideas and enjoyable segments, but to go through the record in one sitting will close your eyes rather than blowing your mind. 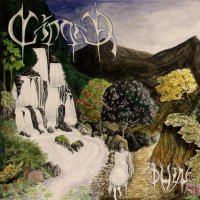 Duin is the latest album of Cóndor, featuring our very own Antonio Espinosa. Cronyism aside, Cóndor is a band to look out for due to its excellent compositions and lyrics. The lo-fi production might scare off some people, but those who really manage to get into this death/doom hybrid will appreciate its depth, replay value and originality. Go listen to them now, and you’ll still be part of that select crowd of vanguardists who were already into Cóndor before they became cool. 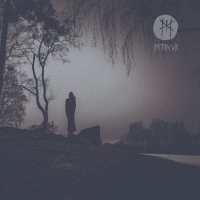 Another release that can be filed under the ‘EP-sold-as-album’ category of marketing scams. In the case of Myrkur, this “debut full-length” was hastily slapped together so it could still ride the hypewaves of 2014’s self-titled EP. Said EP was little short of horrible, but by carefully engineering a marketing campaign around frontwoman Amalie Bruun’s identity (and with the help of “think pieces” written by the usual decerebrated signallers), the product garnered praise and awe to a point where it was hailed as the “future of black metal”. Well, if this new disproof-of-concept mess of an EP I mean album is truly the future of the genre, then I might as well close down this website. Oh, wait. 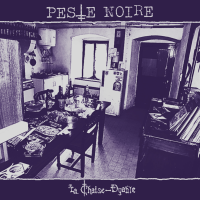 Peste Noire‘s latest assault may not live up to the other brilliance of releases such as L’Ordure à l’état Pur, but La Chaise-Dyable is nonetheless another solid addition to their already supreme discography. Mind that I do not use the word “assault” gratuitously as stupid metalhead slang for ‘album’; this release is quite literally an assault against the political elites of the French Republic. Songs talk about bombing Paris, beating to death plutocrats and launching students from trebuchets. “Your disease, Europe, is the intellectual.” Even those whose precious feewings are hurt by such outrageous thoughts may find solace in the more philosophical and personal ponderings put to music in songs such as “À la Chaise-Dyable” and “Dans ma nuit”. Pair this with the increasingly impressive guitar work of Famine and yet another virtuosic percussive performance by Ardraos, and you should at least give it a try despite the fact that your soul is made out of vagina tissue. It it also worth noting that the English translations to this album’s lyrics will soon be published without trigger warnings. 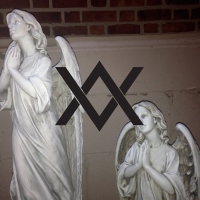 Literally the worst album of all time. It’s probably some sort of artistic con or prank, in which case I’d have massive respect for these clowns. However, the people who have fooled themselves into liking this rubbish are beyond saving. World War 3 now. 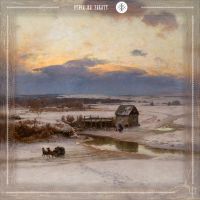 Isa‘s Pesni myortvikh as well as their split with Knyazhaya Pustyn and Lesnoy Tanets were among the best records of 2014. It is thus no surprise that their 2015 album once again tops the charts (of good taste rather than sales). This serene and well-balanced mix of folk, ambient and metal is the antithesis to the more Westernised, bombastic material that their countrymen of Arkona typically bring to the round table. This piece of Siberian solace fertilises a patch of ground in the otherwise desolate artistic wasteland of folk metal. That it may grow out into a vast taiga.

Buy the magazine for the full review + interview
Bandcamp

Vile Creature – A steady descent into the soil 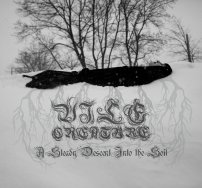 This duo came to my attention because their work was discussed by several large metal publications. Particularly the hilariously over-the-top genre description awakened my curiosity: “Anti-Oppressive, Queer, Vegan Doom + Gloom”. As can be expected in this day and age, the small amount of praise this band received can only be attributed to the duo’s membership cards of so-called “oppressed groups” (in this case transsexuals). It is hard to deny that the music itself is, well, balls. Whether it’s several 10-minute+ bouts of simplistic pseudo-doom riffs that go absolutely nowhere, the drummer’s painful inability to keep a beat, or the angsty, illiterate lyrics, there is simply no redeeming value here for anyone. Except if you are in desperate need of tokens with which to prove your view that metal should “diversify” for its own sake. Sadly for the adherents to that philosophy, A steady descent into the soil proves that you cannot just praise an album because it was produced by people you can use as pawns in your political crusade. The thesis that the abundance of “White Male™ metal bands” leads to artistic stagnation testifies of a ludicrous worldview that hinges on an ironically racialised way of looking at things. Hence why the call to “augment marginalised voices” in metal is disingenuous, as it intends to supersede the more important question of whether the music is actually any fucking good. And in this particular case, it is outright horrible to anyone who refuses to plunge into the intellectual abyss that is wishful thinking.

Paganland have been around for ages, but for some reason they only got around to releasing their second album this year. And it sounds like it might have been recorded in the nineties. This is not necessarily a bad thing, as Fatherland is a good introduction to the deliciously cheesy Slavonic pagan metal of yore, before the scene started orbiting towards more out-of-this-world takes on extreme metal (see: Nokturnal Mortum, mid-era Dub Buk, late Kamaedzitsa, etc.). A good entry-level release, but nothing that will blow you out of your knickers.

That’s it. Now piss off.