Split albums can be anything from cheap cash grabs to fundamental pieces of a band’s oeuvre. To seperate the essential from the trivial, we have selected three splits by black metal bands big and small. As a result of our respective choices, this week’s Don’t Enter is anti-urban and ultra-rural!

No messing around here, the intent of this split is bright and clear for all to see, just like the birdsong and wood chopping which open the album. With Ultra-rural (no translation needed, surely) Autarcie and Baise Ma Hache are here to sweep us away from the degenerate metropolis and out in the fields, overgrown pathways, woods and meadows of France, albeit in a muddy, lo-fi and belligerent way. Autarcie presents us with some of the best material in their discography so far, showcasing their talent for melody and surprising dalliances into wistful musings. Field recordings of acoustic introductions and interludes lend a genuine atmosphere of playing outside some run-down cottage or an abandoned pasture, the sun in one’s face and some obscure dark beer resting at the elbow. It brings to mind many of my own experiences either excavating or holidaying in the rural environs of l’Hexagone. There is aggression and bile in the music however, following the course laid down on 2013’s Groupuscule, and it brings the sense that the band is railing against the decay of the countryside and its traditions (see “Folkmort”). Underlying Autarcie’s half of this split is a fiercely melancholy lament, which finds particular expression on the collaborative “Notre sous-France” (“Our under-France”, whose title plays with the notion of the underground [‘sous’] and the sound of the French word for suffering [‘sufferance’]) with instrumentation by Autarcie and vocals by Baise Ma Hache. Autarcie finish their offering on this split with the wonderful “La fin du trimadeur” (‘trimadeur’ being rustic slang for a road and a vagrant worker), whose melody bids a farewell to the sun and the listener as the band retreats back to its rural hideout. Enter Baise Ma Hache, who employ are more direct and confrontational approach with their music. Fierce and desperate cries tear through the guitars, yet there suddenly appear moments of calm, albeit with a militant edge. “Les seigneurs du pleur’ (“The cutthroat lords of tears”) is an anthem, railing against usury and encouraged materialism. This militant edge is particularly evident in “Au crépescule d’une époque’ (“The twilight of an epoch”) whose pounding drums beat out a martial mid paced rhythm whilst a nostalgic and heroic riff supports a rousing sample of Léon Degrelle. “Ma meute” (“My pack”) has an appropriately galloping beat, a rustic militia ready to defend la Savoie against cosmopolitan incursions. Baise Ma Hache rounds off the album with “Grand Bornard 44”, an emotionally charged tribute to the 76 members of the Vichy militia who were executed following a spurious trial and court martial by the French Forces of the Interior, in the Grand Bornard Pass in 1944. It is worth mentioning that many of these men were under 18, with at least one never having been involved in any militia activities, and the band does well to create a memorial to a forgotten Alpine crime. Baise Ma Hache and Autarcie both render this split album a tribute to the hidden histories, traditions, atmospheres and peoples of rural France, its conflicts, celebrations and decline. This is a monument to the depth and variety of French anti-urban culture, before the hordes of Paris succeed in crushing regional identity along with the standardisation of the French language. |MDL 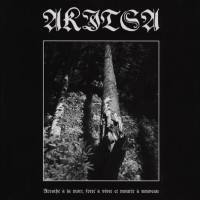 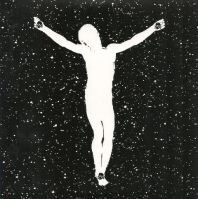 This joint album by Akitsa and Ash Pool is a great example of how to do a split album that is actually worth getting. The LP’s featured artists each have a distinct sound, yet share enough stylistic traits to support the assumption that fans of artist A will also end up liking artist B. Both Akitsa and Ash Pool specialise in raw black metal that occasionally lays bare the respective artists’ links to the noise scene. However, where Akitsa‘s sound is paved on a punk/oi foundation, Ash Pool express their depravity through foul, up-tempo black metal that evokes imagery of profane, decrepit cityscapes where humanity collectively rots away in the gutter. This creates a fascinating contrast in atmosphere that is also reflected by the lyrical content of the bands: Akitsa‘s misanthropy is a primal, contemptuous reaction against the ills of modern society, but these sentiments ultimately tie back to the desire for a better future, as can be witnessed most directly in the song title “Ne perdez jamais espoir” (“Never lose hope”). Ash Pool, on the other hand, offer more nebulous, almost inhuman imagery, hinting towards a world where all hope has indeed been lost. From an artistic point of view, this split succeeds by offering two distinct visions that have enough common ground to be able to bring forth a consistent listening experience. In addition, both artists make a valid contribution to their own respective discographies. With this release, Akitsa create some of their most punkish, concert-proof material since last decade’s Soleil noir and Contre-courant EPs. While yours truly is far less familiar with Ash Pool‘s catalogue, the sludgey album closer “De-stoning the Ephesus house” alone justifies said band’s contribution, as it falls into a rare category of USBM that contributes towards an own, authentic American voice in black metal. And that is always better than settling with lesser versions of the European masters or losing oneself in grotesque gimmickery. |Degtyarov

Whereas some splits succeed in expanding the participating artists’ scope while also introducing listeners to new bands they might actually give a shit about (see above), the existence of other split releases can only be attributed to mercantilism or poor timing (or a combination thereof). Last year’s cooperation between Drudkh and Winterfylleth falls into the latter category. Now, Drudkh‘s contribution – three covers of songs by Hefeystos, Unclean and Sacrilegium respectively – is by no means bad. Their side of this LP is a mini compendium of the Slavonic pagan metal sound that inspired Drudkh‘s inception and helped its members ascend to the top of the extreme metal underground. The problem? On the exact same day Thousands of moons ago was put out, Drudkh also issued Eastern frontier in flames, a CD containing not only all three Drudkh songs featured on this split, but also all material from the rare Anti-urban and Slavonic chronicles EPs, making this compilation more valuable to the seasoned Drudkh admirer. Winterfylleth‘s cover of the Hate Forest track “The gates” (originally featured on 2003’s Purity) does little to justify this split. With its contemplative, drawn-out nature, the original “The gates” can be considered a proto-Drudkh song; it is no coincidence the members of Hate Forest would go on to record Drudkh‘s debut, Forgotten legends, mere months later. Winterfylleth‘s interpretation of this important composition – one of Hate Forest‘s greatest – is fairly loyal to the original. Winterfylleth distinguishes itself with a more polished production, and by changing the key, the main riff in particular comes across as more lively, if not to say happier. These alterations rupture the magical, ominous tone that emanated from the original. Combine this with the absence of Roman Saenko’s iconic growls, and you have a cover that, while competent, effectively turns a blizzard into a flurry. Although basing music criticism on economic arguments should preferably be avoided, it must be pointed out that, with the money this LP costs, you can also get Eastern frontier in flames and Hate Forest‘s Purity album, reducing this split to a collector’s curiosity. |Degtyarov