“The sweet, painful and puzzling melancholy that it was over and that [that day] would never return. That is all. A strange sense of everlastingness.”
– Nescio, Pleziertrein, 1942.

The following text may have nothing to do with music, but seeing as this is my website, I will despotically permit myself this minor but important diversion. This morning, on the 5th of May 2015, prof. dr. Hans Jansen passed away. Even though Jansen was an Arabist by trade, he also discussed such topics as the Crusades, Christianity, foreign aid and our Dutch Sinterklaas tradition. A few months back, I even translated one of his articles into English and put it on the Black Ivory Tower Facebook page.

No matter what the topic was he wrote or talked about, Jansen always used his cunning irony and unimitable, erudite humour to talk about difficult topics and voice unpopular opinions. This way, he always managed to hold his head up high, even when he was confronted with depressing news or people who did not (want to) understand him. This posture even reflected a shimmer of fatalism, in the sense that Jansen’s patience and calmness hinted towards his reluctance to engage with the loud-mouthed stupidity that runs so rampant in this country and far beyond its borders. By contrast, this also offered hope, as Jansen never ceased to express himself freely. Moreover, Jansen always refused to turn into a bothersome, cynical grouch – a fate that other media-savvy academics were less successful in avoiding.

What especially appealed to me about Jansen was the ironic tone of voice which aided him in breaking taboos with elegance. Whether it came to challenging the common perception of the Crusades or dismissing the notion of an emancipated Islam, he did not resort to the aggravating demagoguery that is so tempting in the information age. While the topic material I occupy myself with falls into an entirely different category than the issues that typically concerned Jansen, this has over the years not withheld me from attempting to apply this technique in my own writings. Perhaps this has contributed to the fact that Black Ivory Tower is, and always will be a platform for sharp opinions without devolving into banal, politicised tripe. There is, after all, no shortage of that type of writing on the internet.

For a long time I contemplated to interview Jansen. For what exact purpose – that I never quite managed to figure out. This idea mainly entered my mind through the simple desire of talking to him and sharing his way of talking, thinking and being with the rest of the world.

That is no longer possible. Hence why I felt obliged to acknowledge and honour Hans Jansen in this modest way. For with Jansen perishes one of the last genuinely inspiring men that this country had left. And with each passing day, Holland becomes a bit bleaker. 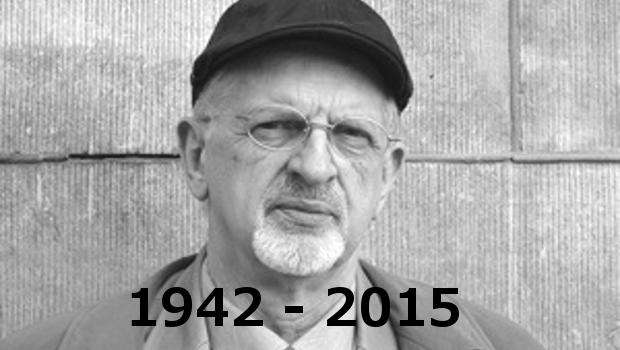