With Drudkh‘s new album A furrow cut short about to be released, this seemed like an opportune moment to recap some of the band’s past efforts. While Drudkh‘s music has been receiving accolades since the beginning, recent events in Ukraine have made their art more relevant and beautiful, but also more harrowing than ever before. Theirs is an art that has proven its right to existence. An eternal art that will only increase in value as time passes by.

Taking the slower, more dramatic moments of Hate Forest‘s Purity and Battlefields albums (recorded within the same year) and giving them a stage of their own was how Drudkh was born. The melancholia that surfaces in Hate Forest classics such as “The gates” and “Glare over Slavonic lands” is what constitutes Forgotten legends in its entirety. While indulgence in nature worship can so often see black metal bands take a wrong turn as they LARP their merry way down the path of two-penny pseudo-paganist poppycock, Drudkh carves its name into the memories of listeners across a triptych of dramatic yet tasteful black metal; Forgotten legends may hold a fair bit of emotional weight, but never across its three elaborate compositions do things take a turn for the cheesy. Nods are given to the old masters, particularly in the obviously Burzum-inspired “Eternal turn of the wheel”, but Drudkh‘s music has a unique character when perceived in the declining sunrays of the band’s native Borderland. Evanescent and transcendental, this is national spirit set to music, and indeed something far beyond that; it is the human condition contained within a single, ominous piece of art. |Degtyarov 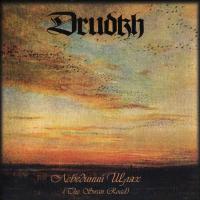 Even though many see Autumn aurora as the epitome of Drudkh‘s output, I much prefer their subsequent release, 2005’s The Swan Road. Marking the moment where Drudkh wisely decided to perform in Ukrainian, The Swan Road sees the band reflect upon Ukraine’s history with a sense of militaristic ferocity and bitterness that was hitherto unseen in their oeuvre. These sentiments principally manifest themselves on the first half of the album, while from “The price of freedom” onwards, the flames of war smoulder as the cadence of the music becomes calmer. This final phase of the album is definitely the most memorable, as the paradoxically relieving hopelessness that emanates from these compositions causes them to radiate with cataclysmic allure. With recent events in mind, the foreshadowing final words of “Fate” in particular have accrued chilling charisma: “…And Ukraine forever falls asleep.” |Degtyarov 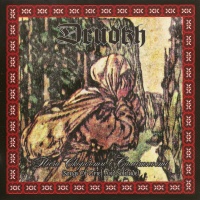 Only months after releasing what is arguably their most successful album to date, Blood in our wells, Drudkh put out Songs of grief and solitude, which compiled some of their familiar riffs, re-recorded with acoustic/folk arrangements. The album is rather rough around the edges; it definitely does not harbour technical finesse tantamount to dedicated folk acts such as Stary Olsa and Krynitza. Still, Songs of grief and solitude provides a more simple and frolic take on the tunes that launched the band to fame, deriving from the original compositions a more warm, positive perspective. As a result, this release gives us a much-needed breathing pause after the heavy-handed albums The Swan Road and Blood in our wells. It was to be expected that, after Songs of grief and solitude, Drudkh would immerse its audience even further into the dark depths of Ukraine’s bloody history (and present), but they have thus far postponed successfully sealing this fate. Let us hope that A furrow cut short will see Drudkh resume its journey towards the most tragic of beauty, before it is too late. |Degtyarov