Scratch a Russian, find a musician. From this side of Europe it seems that Russians take artistic education a lot more seriously than here in the West, where elementary school kids at best ascend to becoming a co-conspirator in the baneful cacophony produced by the extracurricular recorder orchestra. Conversely, in Russia even some of the most obscure bands out there have singers and instrumentalists which would put many members of ‘established acts’ to shame. Speaking of obscure in relation to Europe’s favourite bad guy, here are a few bands unearthed from Russian soil that show their music scene sports such an insane amount of diversity that it should be receiving grants from the Swedish government. 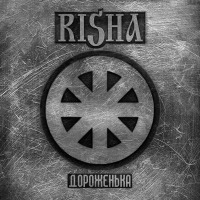 At first, Risha‘s concept of mixing industrial with folk may sound like the umpteenth attempt to marry two polar opposite genres just for the hell of it. Electropop meets southern hiphop – that kind of thing. Remarkably enough, on their single Dorozhenka Risha manage to apply the ‘best of both worlds’ principle rather well, truly distilling from each respective genre those elements which best help convey the atmosphere they are aiming for, and then moulding these different parts into a more than listenable union. Industrial beats batter and electric guitars trample as the traditional-style vocals by singer Irina ice the music with a genuine touch of melancholy. It is as if the increasingly distant voices of the past desperately try to avoid being trampled by the hectic, malignant clamour of industrialisation. And for a second, a halo of light adorns these wretched times of ours. |Degtyarov 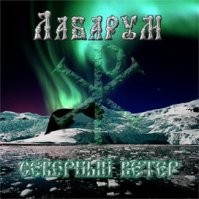 Labarum is a project that emerged from the unending depths of Russia’s nationalist music scene. Russia’s offering of nationalist artists is as versatile and confusing as the currents of nationalism that run throughout the country’s political spectrum. Rather than being limited to the usual offering of RAC bands that are as forgettable as they are scruffy, there are esoteric folk groups, clandestine NSBM cliques and rock bands that combine a communist aesthetic with more classic Russian patriotism (the latter comprising an effort to transcend the White-Red dichotomy that split the country apart nearly a century ago). Even with such specific categories, it remains difficult to put a label on Labarum. Even though there are links to NSBM projects, Labarum‘s topic material is rather focused on combat and religious themes, with the opening lyrics to their most well-known song, “Ya Russkiy” (I am Russian), summarising their lyrical angle in a rather hackneyed way: “I am a Slav / Praise be upon Christ”. Their 2007 album Severniy veter is by far their most appealing effort because it best succeeds in obscuring the inherent simplicity of Labarum‘s music. Every composition has a basic chord sturcture that is followed throughout the entire song, with only equally condensed solos offering anything in the way of variation. Yet the slicing, reverbed guitars on Severniy veter in combination with the deep, eerie vocals bestow upon each track a sense of sorrow that hinges on foreboding contemplation rather than depression (i.e. things never devolve into banal melodrama). This influences the sound to such an extent that the basic rock songs end up sounding rather like post-punk, giving this elementary music the power it needs to have impact. From a logical point of view, Labarum‘s music would be too simple for it to be effective, but as with so many other things in Russia, logic is only relative. |Degtyarov

Volkolak apparently started out as a black metal band, but for the longest time these East Siberians have only been putting out folk albums. Their 2012 full-length Sginut’ is no exception. Weaving songs around a mid-tempo cadence, the band employs flutes, jaw harps and various string instruments to make for a modernised take on Russian traditional music. Songs largely follow a basic verse-chorus-verse structure, although some welcome deviations can be observed, such as on the Temnozor cover “Tell Me, Ye Scarlet Dewscented Sunrises”. Although Volkolak have over the years certainly developed an ear for catchy melodies, some of the more goofy elements on Sginut’, such as the frequently off-key singer or the programmed drums, make it hard to elevate this music to a higher plain than a good soundtrack to accompany drinking sessions. This is a pity, because songs such as “Krasnaya gorka” (Red hill) and the title track indicate that a tighter performance could make this band’s material compete with the more engaging efforts put forward by Krynitza and the afore-mentioned Temnozor. As such, Sginut’ does not quite work wonders for enthusiasts of contemporary Russian folk music, but should you have a fever and the only cure is more jaw harp, then Sginut’  is your remedy. |Degtyarov