“When you’ve made a good soup, the Devil always comes and shits in it.”
– Comtoise proverb, as quoted from Graham Robb, The Discovery of France, 2007.

A review by MDL

Like an inversion of the English invasion of the French countryside, the world of black metal – previously dominated by ‘trve norsk’, Slavic and Anglophone efforts – is now being successfully colonised by Francophone efforts, largely spear headed by Peste Noire’s successes yet in no way restricted to the notorious Kommando. Of course, LLN paved the way with some truly disturbed efforts, but since Vlad Tepes, Mütiilation, Black Murder et al. chucked in the towel (or at least in some cases simply ceased to be interesting), France has not shone brightly against the recent decade of pretenders. However this is changing, and rightly so, for if any nation has the indignant character, a stubborn love of dramatics, whimsy and arrogant ruralist attitude to produce truly unique black metal, it must be de Gaulle’s homeland.

Debuting in 2009 with the delightfully titled S.I.D.A (Sédition. Isolation. Déliquescence. Autarcie – whose initials also spell out the French acronym for AIDS), Autarcie have produced four highly respectable albums of regional black metal, and a split with Savoyard hooligans Baise Ma Hache (the sublime Ultra-Rural), however in this article it is their second and third albums which form the essential core of their musical expression. Horizons funestes was released in 2011 on La Mesnie Herlequin, Famine’s (of the illustrious KPN) label, and sits comfortably amongst other releases on the LMH cannon (i.e. Sale Freux and of course primarily Peste Noire). The following year saw them release Époque révolue on Dernier Bastion, who also work with Drakonhail, Sale Freux, Zepulkr and other such ‘luminaries’ of the French scene. However, whilst the casual listener might lump all these groups under the same banner, there are distinctive differences. Like branches from the same tree, whose roots dig deeply down into the well springs of French culture and regionalism, groups such as Autarcie (Franche-Compté), Peste Noire (Auvergne), Sale Freux/Drakonhail (Brittany in theory, although Dunkel is an itinerant character who wanders across France at will) and the more recent 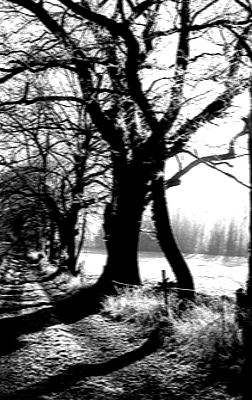 Baise Ma Hache (Savoie) represent different facets of France. Not merely in terms of the regions which they reflect and which inspire them, but the manner in which they display rural France to the listener. Peste Noire has a definite hold on historical references which are pan-French, local legends from the Auvergne, a highly nuanced feel for Medieval aesthetics and grotesque elements and a unique conception of nationalism. Of course, from their recent interviews KPN is clearly a complex entity, however these aspects leap out most easily at the listener. Sale Freux is the cunning man or vagrant, heaped in rural experiences, pissed in field covered in brambles getting soaked in the rain, swigging from a brown jug of cheap red wine invoking rustic reminiscences. Baise Ma Hache sweeps down from the colder alpine slopes of the Savoie, fierce and patriotic. Autarcie however is a different beast. There is languid sense about the music, a walking pace. There are fast moments in terms of tempo, yet even then it is an atmosphere building action rather than a blood pumping one.

Autarcie is a wilful animal, and varied, just like the Franche-Comté landscape (a sublime mixture of fields, mountains, forests, meadows and lakes). A wistful air, mixtures of mist and warmth, large helpings of tempo changes and even some post-rock elements breaking in; all these constitute the albums of Horizons funestes (HF) and Époque révolue (ER), peppered with passages both pensive and pastoral, as if one were being immersed in the pages of a Beadeker 19th century guidebook on the French countryside. Swooning guitar leads develop a warm nostalgia and contemplative atmosphere; Autarcie is very much audial tourism although not in terms of the Michelin guide; instead, the listener is guided through local legends and literature of the Franche-Comté region. For example, ER is strongly influenced by the series Les colonnes du ciel by author Bernard Clavel (a native of Franche-Comté), in which the title of the first volume informs the first song of album (“La saison des loups”). Similarly with “Dix ans de guerre” Autarcie avails the listener to a history lesson, recounting the events of the ten year war which ravaged the region between 1634 and 1644 (and is the main setting for the Clavel series), and the final song (“Légende comtoise”) references the mythical “Vouivre” (Eng: a wyvern), one the of the most popular subjects of the folklore from the region. Fast forward to the middle section of “Époque révolue” (the title track) and from the jangling beginnings and upbeat almost ‘rockish’ melodies emerges a gorgeous, pastoral sweep of music, as if one were dangling one’s feet in a Comtois stream, feeling its history sweep between the toes. Have faith in this overblown poetry, reader; I do not lie to you. The melodies on both HF and ER adopt these nostalgic folkish aspects at times, without becoming in any way twee or ‘pagan party folk metal’, God forbid. No indeed, these motifs come in both acoustic and electric versions, and meld with almost folk rockfish tinges to create some of the most refreshing ‘identitarian’ black metal to emerge from Europe in many years – happily the French seem to be harnessing this side of things rather well. HF’s production is slightly thicker than ER, creating a muddier sound that pushes the listener through fields and water troughs in autumn rather than ER’s fields and meadows of spring, and includes in the principle track “Ultime retranchement” one of the most inventive and sublime melody/tempo changes known to man  – you doubt me? Then crack upon a bottle of Burgundy, pop it on and day dream out the window of ruined chateaus and AOC cheese. There, see? Somehow these twists and turns into more ‘arty’ rock stylings can be accomplished by French bands with such aplomb that instead of sticking out they accentuate the atmosphere and regional feeling of the music. 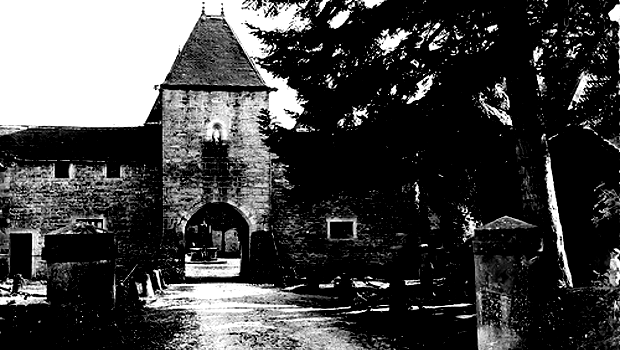 But what does Autarcie offer the listener that the more popular and popularised KPN might not? Well, undoubtedly one owes something to the other. However, Autarcie has a more contemplative manniere, whose notes hit for nostalgia rather than hooliganism, fitting together melodies which echo the landscape of their own Franche-Comté region rather than spanning La France and then descending upon the Auvergne. This is not FNBM, this is AOC material, aimed at conserving and transmitting the oral and literary heritage of Autarcie’s department in the most dynamic and delightful way possible, through high quality black metal which gives the listener a whirlwind tour of the heroes, villains, histories, legends and landscapes which the band love. Go to KPN by all means, but if you miss out Autarcie you are passing up one of the most tempting and distinctive regional products on the shelf. Stick that in your baguette and eat it. And no, I shan’t translate the lyrics for you, after all la France est la lumiere du monde, and if you aren’t prepared to learn the language then how can you expect to pick up all the best titbits on offer? Crack out the Collins bilingual dictionary, it’s worth it for Autarcie alone. 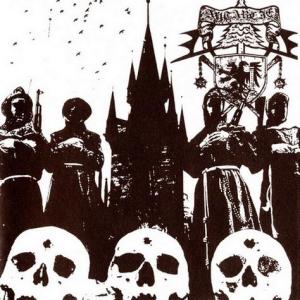 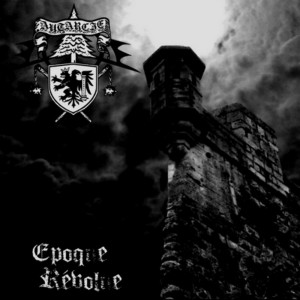 See also:
Crusade in Combat Boots – A review of Peste Noire‘s self-titled album
A Review By a Voluntary Beggar – A review of Sühnopfer‘s full-length Offertoire