“So calm, so slow, so sad
Your silhouette is vanishing forever,
In the waves of eternity your voice can no longer be heard,
And the light of your grief is dying in the cosmos”

According to traditionalist philosophy, danger and risk should not deter a man from engaging in a particular activity. In fact, they should encourage him to do so, for it is indeed danger that gives meaning to this act; overcoming danger is what shapes character and spirit alike. This contrasts modern society’s approach of attempting to reduce dangers and risks to a point where it would outright eliminate these factors from the equation if it could. Yet there is a case to be made for danger providing a purpose or even a sense of hierarchy to activities into which man indulges. After all, being able to run a marathon would mean nothing if this were easily done by anyone. As previously established in our article on Deafheaven‘s light-hearted interpretation of black metal, contrast is a vital tool with which to determine value; if all is equal, all is equally worthless. In war, heroism can only arise there where many others have fallen. We could even go as far as theorise that the dominant cynicism towards the mythos of heroism in modern society is the result of this quality only being attainable in an environment to which hierarchy, fundamental inequality and – in a literal sense – discrimination are inherent. Not coincidentally these very concepts are today shrouded in a clandestine haze. They are regarded as dangerous, and so the circle is complete.

In music, the equivalent of seeking out danger is of course embodied by the courage to venture outside of trodden paths. An artist justifies his existence by offering something new. New not in the sense of a total detachment from all previous influence (as this is quite obviously impossible), but rather by re-aligning that which is already there in such a way that it comes to embody something unique. This idiosyncracy can manifest itself in many forms, ranging from a novel aesthetic to a familiar idea being approached from an unconventional angle, casting a whole different light over it.

Within the microcosm of a band’s discography, the musicians should ideally continue their activities until the point where they run out of ideas to keep moving to higher plains; until they can no longer contribute towards a higher understanding of their own art. Of course, a method that dictates constant movement harbours danger, as any misstep might constitute a fall into the depths of irrelevance. But in the same way that the warriors of old found more honour in perishing in combat than decaying at an old age, so an artist who aspires to constant improvement and rejuvenation leads a more justified existence than he who merely sticks to what he knows. Irrespective of the magnitude of his failures, an artist who falls into the former category should thus always command more respect than any one of his static counterparts who always play it safe. Much creativity is traditionally sacrificed in the name of consistency, but true consistency is found only in the artist who never makes a compromise to establish his own relevance, time and again, in many different ways.

That consistency does not equal doing the same thing over and over, becomes evident through the 15-years-and-counting worth of musical activities of Kamaedzitca. Originally a folk metal band, this Belarusian formation has gone through several genre changes, but it nevertheless managed to uphold a high quality standard across its turbulent existence. Their second full-length Pyarune (2008) broadened the scope of the debut album by expanding upon both its folk and melodeath influences, while the 2011 follow-up Vernasć (Loyalty) saw the band carefully breaking into the territory of electronic music. After that release, the band even changed its main composer, an occasion that was used to revitalise Kamaedzitca‘s lyrical and musical approach, taking it to an even higher level. The Nietzschean cliché of “That which does not kill us, makes us stronger” embodies the philosophy at the grace of which Kamaedzitca exists.

Under the influence of new songwriter Artsem, the band started flirting ever increasingly with the electronic influence, while also tying styles such as rock, punk, hardcore and ambient into its sound. The concoction that flowed out of these fresh stimuli saw Kamaedzitca embark on a new musical venture, culminating in the ambitious full-length Bezmolvnie slova tvoy (Voiceless are your words), which was distributed in limited numbers in 2012. Lasting over 75 minutes, this chrestomatic album’s many different stylistic fragments are united under the broad lyrical arch of singer and band leader Aleg. Contrasting the far more explicit, radical nationalist themes on Vernasć, the lyrics on Bezmolvnie slova tvoy are more personal, focusing on such themes as beauty, justice and love, though adorned with an urban melancholic undercurrent that defines the album’s brooding atmosphere. Even though Aleg’s occasionally puzzling lyrics are laid out on an individual, physical plain, they transcend this starting point by alluding to esoteric ideas and universal truths. It is thus the group’s most philosophical work to date, not only by merit of the lyrical themes as such, but particularly in the way in which these topics are handled: the individual perspective is used as a point of departure, not as an end in itself. In doing this, Kamaedzitca keenly avoids the personal themes’ concurrent shoal, which would have sunk their poetry into the shallow, shoreless waters of the kind of existential self-gratification that typically emerges when a musician realises that daddy’s credit card will not fill the spiritual void that is tearing up his 20s-something soul.

Against the background of Kamaedzitca‘s decreasingly conventional work method, their latest full-length xQzTN 3087 is, in a way, a logical evolution. The release sees the band take its experimental tendencies to an even higher plain, as the music is stripped down to its base elements of folk and electronics. This is a move that, to an extent, could have been foreseen based on the ascending dominance of electronic influences on the 2012 split album Triedinstvo (Triunity) and its subsequent single Duch vojna (The warrior spirit) from 2013.

Despite Kamaedzitca having by now conditioned its audience to a point where they know to expect the unexpected, xQzTN 3087 is without doubt the band’s most demanding creation to date, and not one that is guaranteed to be accepted by the majority of the crowd that Aleg and his companions have amassed around their defiant artistic output up until this point. The utterly estranging effect of instrumental eurohouse and lounge tracks being interspersed with samples of mournful a capella Belarusian folk music makes the hour-long aural journey even more challenging to complete than previous releases. At the same time, the ominous mood that permeates the album remains consistent throughout the whole experience. We witness the return of the themes of abandonment and cosmic loneliness, familiar from the band’s older work. However, the true leitmotiv of this new opus is the constant proximity of death. This idea was already touched upon implicitly on Bezmolvnie slova tvoy, on which the topic of self-improvement was founded on the notion that a man’s time on earth is limited and he will thus have to make optimal use of it. On xQzTN 3087, this memento mori statement is reaffirmed, to the point where it casts a shadow over the entirety of the album’s amosphere. 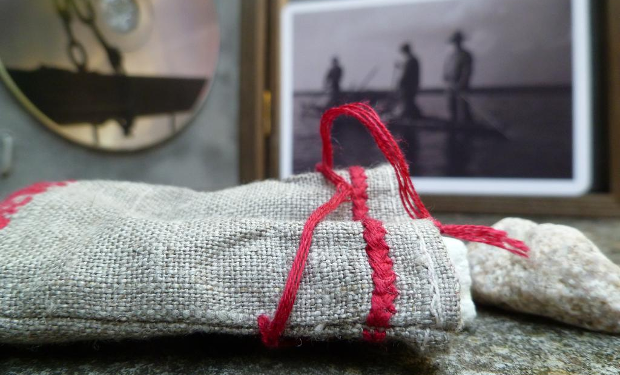 In the promotional message that accompanied xQzTN 3087, the members of Kamaedzitca urged the listener not to play this record gratuitously; this disc is only to be listened to at night, in solitude, with no distractions that may potentially compromise the immersion. While normally this sort of statement would be easily dismissable as hollow marketing talk, there is certainly truth to the assertion that experiencing this album with the utmost attention is the only way to reveal the spiritual nature it implies. Indeed, the atmospheres invoked in the music, and more importantly the order in which each piece is presented attempt to induce a sort of trance. Its reminder that death is always near produces a hint of sadness, but at the same time our mortality and fragility define who we are and what we want to do with our lives; much like danger bestows a purpose upon otherwise meaningless activities, it is death which blesses an otherwise pointless existence with a purpose and truly transforms it into life. Albeit it often misused, only the moniker ‘melancholic’ can aptly define the resulting sentiment.

Due to the band’s complete detachment from the etiquettes of Western aesthetics, Kamaedzitca more than once crosses the line of goofiness on this album; a frontier it has occupied on every one of its releases beyond the comparatively conventional first two albums. A large chunk of the electronic songs on xQzTN 3087 comes across as archaic, presenting us antiquated tracks that send us back to the genre’s earlier stages of development. At the same time, the album also transmits a contemplative idea through a consistent atmosphere in a way that catches us off-guard. Much like in certain methods of hypnosis, the blatant disregard for our expectations and conventions is used to blitz through our mental and emotional barriers, gaining much closer access to our being, leaving behind a more genuine, profound and lasting impression.

An album that sees Kamaedzitca continue its habit of never directing its creative lightning to strike in the the same place twice, xQzTN 3087 proves that consistency is the most ferocious adversary of repetition rather than its closest ally. With this latest effort, Kamaedzitca once again touches the human soul with deeply emotional music, and it makes us wonder what is yet to come. But should their perilous experiments one day prove artistically fatal, at least the thunderous quake that would arise from their downfall would resound for a long time to come, whereas those who have always waded through unadventurous monotony are destined to be surrounded by nothing but eternal silence as soon as their final notes have died out.

See also:
To Judge a Man by His Actions – A short interview with Aleg of Kamaedzitca
To the Gym For the Motherland – An extensive review of Kamaedzitca‘s Bezmolvnie slova tvoy
“Don’t Enter!” – From Enchanted Swamps – Short reviews of Belarusian music

2 Comments on The joy before death