“Year in, year out, the invisible rivers flowed into the underground lake of hatred.”
– Nescio, Vae victis, 1946

Nursery rhymes from the death bed

The allegation that popularity equals quality, is based on the tragic misconception that the majority is always right, regardless of the validity of the arguments that support the conviction of the masses. The most popular music also tends to be the most disposable. This is only logical in this time and age when one realises that music and really all popular culture, instead of aiming for the bar set by the elite, adjusts itself to the lowest common denominator. A song that has to become popular,  will have to appeal to as many people as possible. In order to appeal to as many people as possible, dividing factors such as politics, unconventional aesthetics and complexity must be avoided. What remains is a ‘product’ without risk, without ambition, without surprises; something which emits little taste or colour, but which is not at risk of offending or generating discontent among large groups of people. When

a respective song or artist does transgress the perceived conventions, it is still well within the limits of the acceptable, walking a path carefully set out by marketing boys and sales dogs. Therefore, the hymn of mass culture is simple; simplicity goes against the fierceness and complexity that can respectively shake up and elevate the mind of the beholder. And that is the reason why only horse shit enters your living room every time you turn on your radio or television.

While the majority argument is thus the ultimate logical fallacy, the difference in popularity between certain artists is not wholly arbitrary. It is no coincidence that Drudkh is more popular than Gauntlet’s Sword. The compositions of the former are much better structured, the instrumentation is superior, the production is of higher quality, the aesthetics are more appealing, et cetera. Similarly, the fact that the genuinely qualitative band Agatus never accrued the same level of fame as their countrymen of Rotting Christ, is largely due to Agatus‘s amount of studio releases being limited to a modest one-digit number.

Yet, even with this logic, one will remain oblivious as to why the new album of the band Sivyj Yar, The dawns were drifting as before, has, so far, received next to no attention from reviewers nor listeners. It is certainly not the quality of the Russian one-man project that is at fault. For with a multitude of multifaceted compositions, as well as an – in every regard – incredible instrumentation, the band rises above many other solo projects in terms of competence. The style of this new album bears many elements of French and Ukrainian black metal traditions, meaning that it may not be exactly find itself on the frontiers of originality. Regardless, the adept fashion in which these different influences are brought together largely compensates the lack of innovation.

“Misleadingly, the music builds up to a deliberate anticlimax.”

As is often the case with black metal of Eastern European origin, the visual design of the album tells us a lot about the music. Illustrations of abandoned quarters on the inhospitable Russian countryside provide a glimpse of the atmosphere that multi-instrumentalist Vladimir establishes throughout five songs, which, together, take up slightly over half an hour. 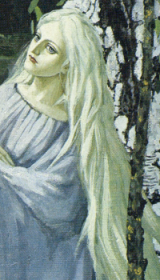 Though the first tones of the intro still possess an aura of hope, the dissonant riffs of the first ‘real’ song, “Drought struck the sowings”, rapidly give the music a foreboding, unearthly sound that rather excellently embodies the main theme of this album – famine. In the last two minutes of the song, the singing fades, the tempo of the music goes up, and all we can hear vocal-wise are distant cries of despair.

“Lost” also commences with a buoyant melody: the colourful bassline implies connotations of glory, but also a faint undercurrent of desperation. Misleadingly, this hope is built up to a deliberate anticlimax: while the melody initially exhales purity and euphony, more elements are added as the track progresses, gradually deconstructing this equilibrium until Vladimir’s vocals send the song into the hopelessness that often characterises the black metal sound. After this long middle part, the composition finally returns to a reinterpretation of the opening melody, that now possesses an eerie undertone, like an old man on his death bed, singing nursery rhymes from his childhood before he draws his last breath. With this structure derived from classical music, of an opening, a main piece and a reinterpretation of the opening, the band manages to create, in each song, a tension curve that ensures that the compositions, all of which last for about 8 to 10 minutes, captivate the listener until the final note.

Even though the compositional structure succeeds in maintaining the listener’s attention at all times, this does unfortunately not eliminate the lack of balance that occasionally surfaces in the music. Particularly on the song “Drought struck the sowings”, the band seems unable to choose between a traditional atmospheric sound as it can be heard on the first few Drudkh albums, and a more progressive approach in the vein of Alcest in the days of Le Secret. The latter-named influence does become stronger as the album progresses, meaning that, by the time the title song starts, the balance is for the most part restored. On this track, too, the composition possesses the characteristic overture – middle part – reinterpretation of overture structure that was explained earlier, yet the transition between these different ‘chapters’ is much more gradual and smooth here, thus benefiting the equilibrium of the composition as a whole.

The fact that, in the course of the album, the band opts for one sound, does mean that the titular track is a rather obvious allusion to the post-black metal tradition as it can be found in France. The buzzing guitar sound and the high-pitched vocals in particular make it obvious that fellow multi-instrumentalist Neige (Alcest, Amesoeurs) must have been a great source of inspiration for the Russian musician behind Sivyj Yar. Granted, the solid execution and the well-structured composition make this band an attraction in itself, but upon hearing the title song in particular, one cannot fully prevent the notion of ‘Neige worship’ from springing to mind.

The French influence does indeed prevail, but still the band succeeds in maintaining a distinguishable Eastern European sound. The music is more cinematic, raw and emotionally profound than the rather warm and polished productions that surfaced in France throughout the previous decade [1]. Consequently, the music sounds like Alcest, but feels like Drudkh. With this, Sivyj Yar proves that not only Ukrainian, but sometimes also Russian bands are able to master the art of stretched, emotional compositions inspired by nature. The phenomenon of inhuman Slavic growls over contemplative riffs still produces a very peculiar atmosphere, given how it is the perfect formula for a genuine aural representation of nature; strange and dangerous for modern man, yet paradoxically the place to which he ultimately traces his origin. Through this, the music that represents her, too, transforms into a dichotomy of respectively alienation, and emotion that digs deeply into the nature of man.

Another incisive aspect of the atmosphere that Sivyj Yar creates, is that it perfectly corresponds with the album lay-out crafted by Sir Gorgoroth. The hopelessness derived from Vladimir’s screams is reflected by the malignant, suffocating silence that the scenes featured in the album art display. This is contrasted by the calm that a deathlike setting can somehow evoke; a restfulness, lugubrious in nature, that is best reflected by the final minutes of “Lost”, in which the start of the song is repeated in melancholy fashion, as if it were a turbid fragment of a thought that may have been a memory.

“All ingredients are there to make this album a true underground hit.“

In many respects, The dawns were drifting as before is a solid album that reflects the talent of the people involved in making it. Take, for instance, the clear production that does justice to each instrument without compensating in rawness. Or the design of the album itself, that, in a near flawless manner, provides the music with a visual dimension. Or the instrumentation, that exposes Vladimir as a musician with an extraordinary affinity for the bass guitar, a feature that separates him from many other leaders of one-man bands. The exceptional passion and melodious insight with which he plays this instrument certainly do not leave much room for alternative conclusions. When it comes to a unique approach, the band still seems to be looking for its niche, but all ingredients are there to make this album a true underground hit. This makes it all the more curious that Sivyj Yar‘s latest effort has, up until now, received a very reserved amount of attention. After all, it does not have to rely on the group mentality of the drones that only occupy themselves with worrying who is going to win X-Factor. Logic would denote that there is a sufficient amount of metalheads with enough taste to see the value of Sivyj Yar‘s epos. Where are you, then? 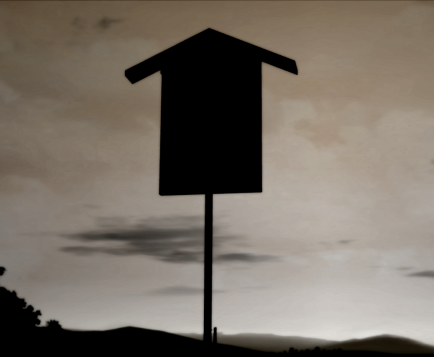 Notes:
[1] Meaning bands such as Alcest, Mortifera, Celestia and Amesoeurs, and not the more filthy work of Les Légions Noires or La Mesnie Herlequin.
[2] For instance, Ardraos and Vorskaath of Sühnopfer and Zemial respectively, cherish warmer feelings towards their drum kits.

Music listened to during this review: Sivyj Yar, Akitsa, Drudkh

Beer consumed during this review: Hasseröder