While the conception that all of European civilisation can be traced back to Ancient Greece is largely a one-dimensional myth conceived during the era of Enlightenment, it is to be expected that the downfall of Europe as a leading cultural entity will be traced back to modern Greece. From the moment this beautiful country was run into the ground by the parasites of Goldman Sachs et al, and the blind or bribed media began slandering the Greeks, the possibility that we Europeans will ever reach the level of solidarity needed to break through the spiral of negativity of the past few years, seems to have flown forever. Most of us probably won’t notice, however, as we are often too busy inhaling the fumes of American import-culture, all the while crooks in journalism and politics refuse to take a break from humiliating the Greek nation and probably won’t stop until they eventually and undoubtedly will start pestering the Spanish, Italians, and the French. Ave Europa, that’s all folks. The last one to take his head out of the sand may turn off the lights.

But even in these dire times, there are still some sparks of hope left on the canvas of total social and cultural decadence. Even if they are overshadowed by the darkness of the impending downfall, they are final resorts that, be it only temporarily, switch our focus from a pitch-black future to a colourful past. Isotheos, the latest album of the Greek metal band Kawir, lets the listener embark on an hour-long journey to the alternate dimension that is Greek mythology. In eight compositions that continue the style of hypnotising, stretched-out song structures as previously heard in “Poseidon” (Ophiolatreia, 2008) and “Sword of Dardanus” (To Uranus, 2010), pre-Christian deities such as Apollo, Bacchus and Demeter are lauded and honoured. With lyrics based on Ancient Greek hymns and a musical style that draws inspiration from the rich past of not only the Greek black metal scene, but European metal as a whole, Isotheos is a celebration of a rich past that now seems farther away than ever. Now, I by no means wish to suggest that it was the intention of the band to point out to Greeks and other Europeans that their unique history may not be forgotten on the account of something as futile as money, but their timing could not have been better.

From the first song, “Daemon”, it becomes clear that Kawir has not abandoned the line of increasing professionalisation that it has been drawing over the past decade. Where Dei Kabeiroi (1995) and Epoptia (1999) were albums that saw the abundant musical potential of the band be overshadowed by a rather weak production and an average execution, Arai (2005) and especially Ophiolatreia (2008) allowed Kawir to distinguish itself more and more as one of the best bands in the already reputable Greek metal scene. With the recently released Isotheos, the band proves definitely that they are not a one-hit-wonder, and that Kawir can easily be mentioned in the same breath as legendary Greek acts such as Zemial and Agatus. While the production of Ophiolatreia already provided the band with the professional-yet-still-underground sound that so characterises Those Opposed productions, Deathrune Records has helped the band move into an even more professional direction with Isotheos. The hard-as-nails drums of Ormenos(Borgne) echo through the speakers, with his Sühnopfer-like blastbeats forming a rather sharp contrast with the more flat, melodious drum style of Vriareos, who took care of most percussion-related affairs on previous Kawir releases. However, the more prominent drum work does not prevent band leader Therthonax from stealing the show once again with his unique tremolo riffing, which still form the backbone of Kawir‘s sound. Unique, because the speed and rhythm with which he picks his guitar reminds of a ukulele or balalaika, yet it still fits marvellously with both the slow and the fast segments of his music. On the aforementioned opening track “Daemon”, he demonstrates this perfectly.

The contribution of the new vocalist and guitar player, the Serbian Phaesphoros, deserves some extra attention. Because while Kawir has always been subject to frequent changes in the line-up, and Therthonax has been the indisputable creative force of the band since its formation, Kawir at no point in its history gives the impression of being a de facto one-man project with random session musicians thrown into the mix. The added value of the other musicians has always been there, being particularly prominent ever since the Arai release, which also explains why Kawir‘s style has changed so much in a relatively short period of time. Where Ophiolatreia had a more mellow, Mediterranean sound that saw the guitars and bass do most of the work, Isotheos has a deeper, more epic sound. As hinted towards before, this is partially thanks to the drums, but in no lesser extent to the vocal efforts of newcomer Phaesphoros, as well. His black metal screams are buried in the production, yet they are still very audible due to their low, echoing sound, which, more than ever, makes the vocals sound like true invocations – calls to the ancient gods to whom the lyrics are directed. Additionally, Phaesphoros proves that a clearer vocal range is by no means out of his league: in songs such as “Hail Bacchus” and particularly “Hymn to Apollo”, his voice dances hauntingly over the compositions, making the idea of the invocation of a mythological past all the more powerful, free of the air of amateurism that sometimes crept into previous Kawir albums whenever they moved away from traditional black metal vocals. Enthusiastic though I was about the vocals on Ophiolatreia, I, too, have to admit that Phaesphoros is the best vocalist that Kawir has had to this point. 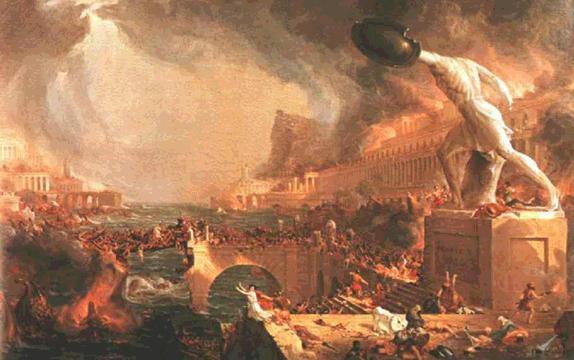 A point that is brought up in many other reviews is that Isotheos sees Kawir swap the traditional Greek style for a more global, European sound. And even if the deliberate Bathory worship of a track such as “Hades” proves that this claim is not wholly unfounded, I am still convinced that it is the production more than anything that leads certain listeners to such a conception. To start with, Kawir has been moving away from the archetypical Greek black metal in the vein of Rotting Christ and Varathron ever since Arai, and the more folk-inspired Ophiolatreia and To Uranus releases didn’t exactly see them turn back. However, this does not mean that Kawir has started sounding ‘less Greek’. On the contrary: while I have been following and enjoying the Greek black metal scene for quite a while, it always frustrated me that its most prominent bands mainly allowed themselves to be inspired, both conceptually and musically, by the Scandinavian scene, a habit that somewhat marred the development of an own, more authentic Hellenic style. For great as albums such as The Weaving Fates (Agatus, 2002) and In Monumentum (Zemial, 2006) may be, in my experience they conformed too much to the expectations of an international metal crowd. For me, one of the main attractions of black metal has always been its enormous cultural flexibility: just compare the typically French L’Ordure à l’état Pur (Peste Noire, 2011) to the work of bands such as Arkona (Russia) or post-2000 Absurd (Germany). So Kawir distancing itself from a Greek style that in itself leaned very much on Northern-European conventions, does not necessarily mean that the band ended up sounding “less Hellenic”.  While the professional production and the strong Bathory influence on at least one of the tracks may invite such thoughts, one also has to admit that the sometimes almost Theodorakis-like atmosphere of certain songs, as well as the bigger prominence of traditional instruments such as the flute and kanonaki (which have mostly replaced the keyboards of Ophiolatreia) have been more than successful in maintaining and perhaps even reinforcing the authentic Greek sound of Kawir.

But perhaps the most important aspect of Isotheos is that, like many of the band’s previous efforts, it becomes better with each listen. More than ever, Therthonax has the guts to take his time introducing and building up his riffs, which is one of the reasons why the compositions seem to be longer than ever. In songs such as “Daemon”, “To Demeter” and “Hades”, it takes a solid 2-3 minutes before Phaesphoros’s voice awakens the listener from his trance and definitively sweeps him into Kawir‘s aural rendition of Ancient Greece. And still, the long musical intros do not once seem to overstay their welcome. The precision with which Therthonax and co. feel that but a small variation is needed to make a riff feel as new testifies of their mastership, which is all the more amazing with the sometimes amateurish compositions of their early work in mind.

Whether Isotheos will still amaze me as much as Ophiolatreia in, say, a year, I do not know. When it was released, Ophiolatreia struck like lightning in my ears, and, as if it were a fine retsina, it has only gotten better over the years. The perfect balance between aggressive and atmospherical black metal is still a sort of Holy Grail that for too many black metal bands remains a utopic ideal rather than a tangible objective. Ophiolatreia, however, already saw Kawir reach this musical equilibrium once, and with Isotheos they certainly did not break the spell. Fans of traditional black metal may be more sceptical toward the professional production, that one could very well label as ‘smooth’. In the end, though, true quality will seldomly remain unrecognised, and the true connaisseur is thus likely to end up cherishing Kawir‘s latest effort. By now, Kawir may rightfully be considered part of the European black metal elite, and European music as a whole. Because in a world where the contours of colourful European cultures are increasingly obscured by unseasoned cultural cosmopolitism, it is refreshing to see that there are still bands out there that dare emit their cultural-historical identity through their art. It is to be hoped that music such as that of Kawir may be the soundtrack of the reconstruction of European harmony, and not the eulogy of a nation forever banished to the underworld.

Isotheos can be bought at: Those Opposed Records