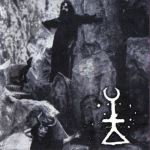 Despite a rich cultural tradition, ‘Greece’ has almost become a synonym of ‘crisis’ these days. Partially due to the fiendishly designed chauvinistic propaganda of the Northern European media, Greece currently evokes images of lazy civil servants and fraudulent dead people rather than pleasant thoughts about Aristotle, the Oddyssey, or delicious retsina. Or a very impressive music scene, for that matter. Because no matter how grave the current economical and political crisis in the country may be, Greek metal bands somehow keep producing very worthwhile music on quite a regular basis. Groups such as Agatus and Zemial have, for ages, made intricate, polished (no pun intended) metal that is particularly notable for its professional instrumentation and clear production. Perhaps the only drawback of these groups and related acts is the heavy influence from foreign bands that makes it difficult to not constantly compare their music to that of the people by whom they were inspired. Zemial in particular has been openly worshipping Bathory since the early ’90s, and while this has by no means resulted in subpar music, one could say that truly great bands should make more of an effort to define and develop an own, recognisable style, rather than the ‘mere’ perfectionising of concepts coined by others. Regarding Zemial’s entire discography and Agatus’s more recent endeavours, what bothered me the most about the music was that it did too little to sound distinctly Greek. Not that I wish to profile myself as some sort of cultural nationalist, but all of Zemial’s work preceding the 2006 In Monumentum album could have come from anywhere in Europe, and as impressive as it may have been on a technical level, the music did border on blandness more than once. And seeing as black metal is more than any other metal subgenre a style that lends itself well to the incorporation of local cultural elements and traditions, I expected a bit more.

Many years after I had been introduced to the Greek black metal scene by the music of Agatus, I stumbled, more or less coincidentally, upon an Athens-based band that went (and still goes) by the name of Kawir. And with the concept of this band revolving entirely around Greek antiquity and mythology, it seemed that I had finally found a band that stepped into the niche of black metal with a distinctively Greek sound; just what I had been looking for. As such, a new love was born. However, Kawir does not enjoy an exceptionally large amount of fame until this very day, making collecting their discography quite a complicated endeavour. Their more recent work, such as the brilliant album Ophiolatreia (2008) and the EP with the unintentionally funny title To Uranus (2010), is still pretty easy to find on several mailorders. If you want to get a hand on their first few releases, however, it is often necessary to resort to eBay or the trading scene.

The latest addition to my Kawir collection is the 2006 compilation Dei Kabeiroi. This nifty CD contains the debut album To Cavirs, which was originally released in 1995/1997 (depending on the edition), as well as Eumenides, a two-song EP that originally saw the light of day as early as 1994. With the music the band made in its demo period leaving me a bit underwhelmed with straightforward black metal, I was pleasantly surprised to discover that the influences of Greek folk music on the debut album are very strong, perhaps even more so than on anything the band has put out since. While the compositions are very similar to the contemporary work of other Greek black metal acts such as Rotting Christ and the aforementioned Agatus, the music is immensily enriched with additional folk influences, clear female vocals and lyrics about Greek mythology. Moreover, as with nearly all of Kawir’s subsequent productions, the lyrics are all sung in the Ancient Greek language. This detail is much more than a mere triviality, seeing as Kawir utilises all of the aforementioned elements to evoke an authentic, Ancient Greek atmosphere, and combining that with (broken) English lyrics would have no doubt shattered this illusion of purity. Kawir lamentably proved this themselves when they released the disappointing Epoptia album in 1999, on which all lyrics were performed in English.

The identification with Greek antiquity on Dei Kabeiroi manifests itself strongly on the very first song. The title song, which is also known by its English title “To Cavirs”, starts out as a rather traditional black metal composition in the vein of Dawn of Martyrdom, but this is soon interrupted by more tranquil, near meditative interludes in which a woman’s voice recites soothingly, of course in Ancient Greek, several verses. The calm build-up and the versatile structure charge this song with the mysterious, nostalgic atmosphere one would expect from a band that so clearly attempts to evoke memories of times long gone. In this respect, the opening track may very well be the most accomplished composition on this record, as it finds a near-perfect balance between black metal and elements from traditional Greek music. 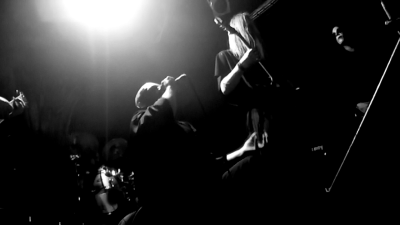 Subsequent tracks tend to sway toward either one of these sides: compositions such as “Hecates & Ianos” and “Artemis” rely first and foremost on the metal elements, while “Hymn to Zeus” and “Hymn to Selene” are full-fledged folk songs that would not have seemed out of place on the offerings of Kabeiros, a Greek folk music group that includes members of Kawir. The huge contrast between the songs on this CD frequently causes the To Cavirs part to come across as rather fragmented. This is not a terrible disaster, seeing as there are no clearly weak tracks to be found, but it does prevent this album from offering a complete listening experience. It occurs to me now that I personally prefer to play individual tracks from this album rather than listening to it from start to finish. In this sense, Dei Kabeiroi is perhaps the most comparable to Sein un Werden, the third full-length album of the German formation Halgadom, on which the first half of the CD consists entirely of neofolk songs, while the second half offers black metal only. This release, too, consisted of predominantly good individual compositions, but suffered a bit as an overall experience due to a poorly paced album structure.

One thing the songs do have in common, though, is that they all succeed in creating this mystical, almost melancholic Ancient Greek atmosphere, be it in different forms. As a result, Kawir is one of the few bands in its genre that sounds genuinely Greek. Not that I wish to imply, however, that cultural authenticity in music can only be achieved by referring to an ancient past. This would be too romantic an interpretation of the term ‘culture’; an interpretation, furthermore, that would ignore the immense complexness of the concept. Still, it is hard to ignore the romantic notion of a national cultural tradition entirely when attempting to maintain one’s own identity while being confronted with the omnipresent globalisation that so characterises modern (Western) Europe culturally. It can even occur that special value is attributed to what essentially are stereotypes. But like someone sharply pointed out in the comments of my review of L’Ordure à l’état Pur, the irony in all of this is that these stereotypes are often the only visible remnants of pre-cosmopolitan culture. It is therefore not wholly surprising that Kawir clings on to a, perhaps idealised projection of a long-forgotten Greece of which, ironically, the only physical presence can be found in ruins. In relation to that, it is equally unsurprising that I, being the simple, modest Dutchman that I am, find in Kawir, of all bands, what I think is the true Greece: a clearly recognisable Greece, relieved of the generally negative connotations of the present.

What makes Dei Kabeiroi so interesting is that the band was clearly not only experimenting with its music style, but also with the entire concept behind its art. If anything, this only contributes to the authenticity and charming nature of the record: it’s not only interesting to hear what the band actually does, but also what it tries to do. As such, it is not surprising that this experiment does not approach perfection by a long shot (which would in fact be the case with the Arai and Ophiolatreia albums), with the biggest problem being the fragmented album structure that was described before. Unfortunately, this album’s unrefinedness also manifests itself in the instrumentation from time to time. The pastoral pipes in particular produce some offkey notes from time to time, and the vocals often feel like they lack a bit of power, making the flat, almost demo-like production stand out all the more. Contrarily, the string work does not fail to impress. This is mostly thanks to band member Therthonax, who has, by the bye, been Kawir’s main driving force since its formation in 1993. His guitar playing is relatively simple, but also very clean and functional. Additionally, the bass riffs are, especially when you take into account the standards of the subgenre, quite creative. Melodic bass lines such as the ones found on “Dei Kabeiroi”, “Nyx” and “Adored Cry of Olympus” prove that a bass player should not be obliged to stick to the ground notes of the rhythm guitar riffs, because a bit more creativity on the bass guitar can add so much colour to a composition. Luckily, the instrumentation on the two folk tracks, “Hymn to Zeus” and “Hymn to Selen” is pure and clear, which prevents the meditative nature of the songs from being marred by offkey notes or imperfect timing, something which is more common than it should be in folk(-like) songs performed by metal artists.

Despite all of the surprising and curious elements present on this release, let there be no mistake about the band not being on quite the same level at this point of its existance as it was on, say, the Arai album from 2005. The compositions are often very simple, and despite the folk elements, the band’s sound (especially in terms of production) is still remarkably close to the standards set by Rotting Christ. As is evident from the experimental nature of this release, Kawir obviously still had a long way to go. But it is the fact that Kawir had something special about it as early as this, that could have predicted that this band would go on to become a true sensation. Apart from the slip-up that was Epoptia, Kawir has consistantly improved upon itself to a point where it can be considered one of the most exciting acts of the black metal underground today. And therefore, we musn’t forget that what came together on Ophiolatreia as a supreme, almost perfect exhibition of ‘pagan’ black metal, started with the material that is found on Dei Kabeiroi. This is reason enough to give this de facto re-release of the debut album a try sometime.